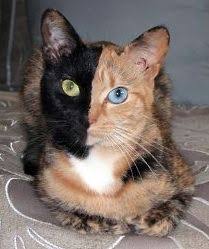 I was talking to someone last week about being transgender and all the rest of it. It was very interesting. They have studied sexology so they actually knew what they were talking about. But I found it frustrating that they only considered physical phenomenon as a cause. not once was the spirit or soul even considered or brought up. (not even by so-called religious people.)

Still, It is saddening to see that conservative religious people actually have a point about the degradation of social values and norms. (dying hair unnatural colours, Getting facial piercings, Et Cetera.) Honestly, it Doesn’t matter if people are on the arbitrarily decided sides of ‘left’ and ‘right’ it seems to me like nobody has sat down with each other and talked with one another.

There is a dark side to all of this freedom of expression. I’ve seen it. *shudders* But that is the internet and is a another can of worms entirely. but all of it has the same roots. I feel that Materialism is an outdated paradigm that needs to be changed. Just look at the mad dash to find the smallest particles in the universe to justify it (CERN). The universe is made up of energy and consciousness is the fundamental element as far as I can gather.

“All matter originates and exists only by virtue of a force which brings the particle of an atom to vibration and holds this most minute solar system of the atom together. We must assume behind this force the existence of a conscious and intelligent mind. This mind is the matrix of all matter.” – Max Planck

Materialism has gotten people believing free will is an illusion. How such a notion don’t even know how such an absurd notion could ever be believed by anyone! it’s a contradiction of terms. One would Decide to think that they have no choice and believe there are no beliefs. It is a logical fallacy at it’s finest. And so when people say that such and such chromosome does this and that someone’s body is this way and therefore this I just shake my head. Because everything they are saying is based on the assumption that we are just biological computers, housed in our brains.

It makes me sad. People are not their bodies. People inhabit bodies. there is a huge amount of documented evidence of out-of-body experiences. I’m sure a google search will serve you well. I’ve talked to people who have experienced it. And they could describe in exact detail what was happening around them while they were “dead”. Naturally, the nurses and doctors didn’t believe them. To me this is an incredibly important part of the discussion that should not be ignored!

For the sake of argument, propose that somebody had lived other lives. Naturally some of them would be of the opposite gender of what they are now. Say they started to become fonder of one than the other?

Or worse, some kind of trauma caused them to incarnate into a different gender, in order to protect themselves? It really is interesting. Or Maybe ignore reincarnation. Maybe some souls are innately male and some others female. And with abortion and all the rest of the tampering going on in these last few years transgender people have exploded in number. Perhaps their intended bodies were aborted and killed and they ended up in the wrong bodies?

Who Knows. And if you ignore the spiritual aspect entirely? there is still much to explore. I don’t really place much stock in scientific studies. Why can’t I think my own theories up? So Here are some of them:

Anyway, that was the theories. Back to the things I actually know about it. So supposing it really was a mental illness and people could just make peace with the gender they are supposed to be? I tried that. So I’m going to tell you my story. It was a dark and stormy night… heh. Okay.

So I’ve always been a bit odd. When people tackled me in football I thought they were being mean and didn’t understand why they were hurting me. all the usual stuff. I wore my sisters clothes in secret fairly often. When I played video games like my dad and brother I was more interested in building walls everywhere than destroying the Enemy. 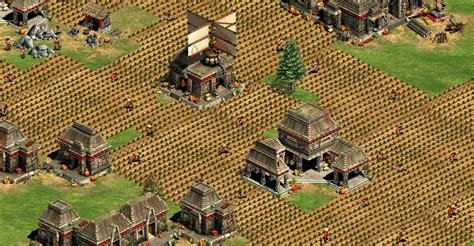 I got along with girls better than boys. yada yada yada. Enough about that. Fast forward to puberty. My mother is telling me what is going to happen to my body and I’m horrified. Ew. yuck. I’m looking at pictures of various stages of development. “But I don’t want that to happen!” I didn’t decide to be this way. Fairly standard story so far.

I used the internet to escape from reality as well as video games. I could be whatever I wanted. And Somehow I ended up discovering the thing known as transgenderism, along with some rather twisted gender erotica. So I read everything I could get my hands on. Mulled it over for the longest time. Years. I realised could never have a real girl’s body, only a sad imitation. I figured I should just make peace with it. If I couldn’t be a girl, by god I would be a man. So I started working out. Drinking those shakes with the protein in them. I got strong. Fit. Happy even. Or so it seemed. It was like a fragile delusion just waiting to break. I was damn handsome too.

But something strange started happening. I started having these dreams. Dreams of going to the womens section of the store. Dreams of being a girl. Oh, they pestered me for months. So I ended up telling someone about it. and then we’ve had a ride and a half.

Oh, and excuse me for changing topics so suddenly, but phantom pain and phantom sensations facinate me in this respect. I could swear that my genitals feel different to the rest of my body in a way. They don’t feel like ‘part’ of me. and men who have their genitals removed due to cancer and what not report phantom pain. Transwomen do not as far as I am aware. perhaps there are some exceptions but I am not aware of them.

Here is An interesting paper on Tetragrametic chimerism as a possible cause. (mismatch between gonads and nervous system.)

It isn’t as simple as some people would make it out to be. I have not heard any of this discussed by anyone. So I figure why not raise the bar? There has been tears and darkness and bleak horizions and insanity and madness. And I think for all the arguing, many forget that we are hurting inside. Stop thinking and start feeling for a moment. we are not some kind of bogieman hiding in the shadows. We are real people.

3 thoughts on “What causes a person to be “Transgender”?”