Most of the time a hero has to learn to master themselves in order to succeed. They grow under the watchful eye of a master, and learn the art of discipline. But is control and restraint always the answer? Are passions a weakness, or can we embrace them as a strength?

“There’s nothing more dangerous to a warrior than emotion. Don’t let them get the better of you. Your Emotions are a distraction. You Must Master Yourself!” -Yon-Rogg

Captain Marvel was a very enjoyable experience for me. Despite being an average movie, it managed to strike a chord with me on a deeper level. On the surface, the reason why isn’t immediately apparent. Which is why I’d like to use the movie to examine the underlying themes, rather than the movie itself. The first thing to note is that Carol is a woman. Shocking, I know! And perhaps as a result of this Viers isn’t exactly the most disiplined soldier. She has the classic superhero attitude, rushing into danger with a callous disreguard for her own safety. Her Mentor and Commander, Yon-Rogg, Constantly chatises her for this.

Yon-Rogg: Control your impulses.
“(he points to her hands and then her head) Stop using this, and start using this. I want you to be the best version of yourself.“

He is of course, asking her to keep her powers in check. I think they make a briliant metaphor for her emotions. If you were paying attention, you’ll notice that the Kree are always wearing blue. Even their energy weapons glow blue.

Their Cities are utilitatian and unadorned, sparkling in a dull kind of grey. You won’t find any decoration or frills among the kree. They are a race of warriors that pride themselves on disipline and control. In a way, they embody the cosmic principle of Order. Carol on the other hand, is agent of Chaos. So unsuprisingly, she never quite fits in. You’ll find the Same colour Symbolism in star wars.

In Fact, the Kree and the Jedi have a lot in common. They both supress their emotions, and consider attatchments like love or anger to be mere liabilities. This is why Carol only truly starts to shine when she’s separated from her team. Even with her hands bound, she manages to effortlessly manage to elude her captors. Unlike her mentors, Carol acts based on instinct. As Bruce Lee says in enter the Dragon: 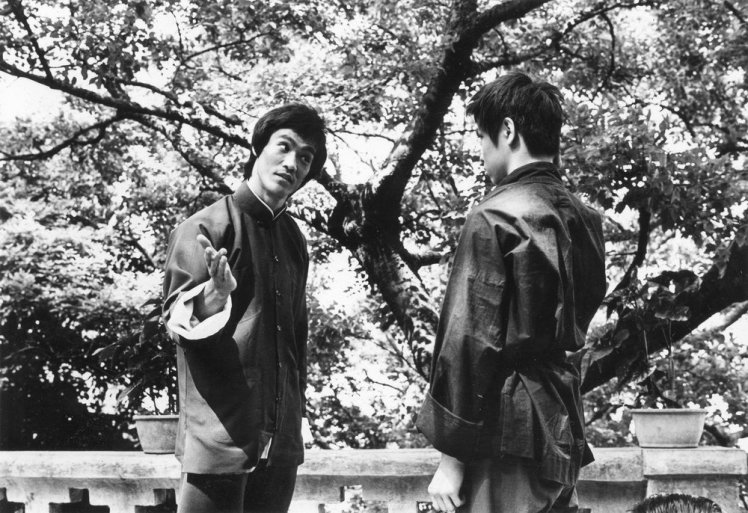 For a long time, Carol has been trying to play by someone elses set of rules. Rules tailiored to suit somebody elses strengths and weaknesses. Sometimes, Thinking simply gets in the way. By the way, you are now breathing manually. You’re welcome! 🙂

The Supreme Intelligence tries to break her by telling her she’s weak. Flawed. She’s… Only human. And she’s Right. We stumble, we fall. We let our feelings get the best of us.

But time and time again, we brush ourselves off and keep walking. We know how to bend rather than break. In fact, I think it is our greatest strength. Rather than break her spirit, Carol is finally able to lay Veirs to rest. She’s not Kree, she’s human.

They didn’t give her these powers. They just helped her control it.

Carol Danvers: I’ve been fighting with one arm tied behind my back. But what happens when I’m finally set free?

She removes the implant they put on her, and is suddenly granted access to enormous amounts of Raw, unfettered Power. And can you see how her uniform has changed? It’s sporting quite a good helping of red and gold. And after that, she doesn’t have a great deal of trouble wiping out her Former team.

I think the best part for me is when she finally comes face to face with her mentor, Von-Rogg. He’s so proud of her, and she’s grown so much. But can she keep her cool long enough to face him without her powers? In other words, he wants her to fight him ‘honourably’ in hand to hand combat. Or to be more accurate, In a way that gives him an advantage.

Yeah. She’s not playing that game. She just straight out blasts him.

“I have nothing to prove to you.”

He has an unfair advantage in a physical confrontation. Why would she play by his rules? What I find strange is that Vonn Rogg does seem to genuinely care about her, at least in his own way. In any case, She sends him back to Hala with a message. She’s going to end it.

I think the film was suprisingly good, despite what some might say. I hope you were able to see the film from a different perspective. Thanks for reading.