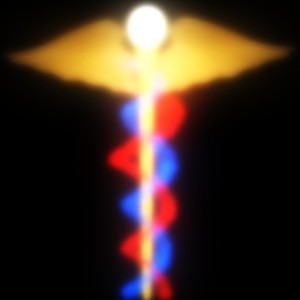 Most people don’t really understand duality as well as they think they do, and hopefully I can explain it here. Yin And Yang.

Ok, let’s get the symbol here. So most people use it to describe say, light and dark and how there is both. But then, why not just have it be cut straight down the middle? and why the dots in the centre of the opposites? 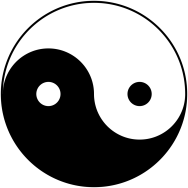 Because it means so much more than that. Let me quote from the Kybalon:

V. THE PRINCIPLE OF RHYTHM.
“Everything flows, out and in; everything has its tides; all things rise and fall; the pendulum-swing manifests in
everything; the measure of the swing to the right is the measure of the swing to the left; rhythm compensates.”–
The Kybalion.
Nothing is static. And Polarity is no exception. in fact, the best way to describe it is that the opposites literally eat each other. imagine the images as 2 snakes eating each others tails. And picture it spinning. can you see them?
And their little eyes? that is another thing. Balance. Or “Karma”, or newtons third law: Every action has an equal and opposite reaction.
And just as one begins to gain dominance, the other will start growing from it. Like feminism, for example. at first they wanted to be treated better, and have femininity respected and valued. but fast forward to today, and guess what? feminists are just masculinised females that actually insult femininity, and just want power. masculine power. It’s funny how these things work, isn’t it?
or the dynamics between predators and prey. the predators hunt their prey till food becomes scarce, and then they start starving. Which in turn allows the prey to start multiplying. their numbers grow lots, and eventually all of a sudden the food is plentiful again. rinse and repeat ad infinium. wait. why did I say that? I’ve never even used that before.
Anyway, look at all these ‘occult’ symbols:

Note how they all express Yin and yang in some way? Either Left or right, Blue and red, Black and white, up or down, man and woman, beast and man, sun and moon. It really is no different.
“Everything is Dual; everything has poles; everything has its pair of opposites; like and unlike are the same;
opposites are identical in nature, but different in degree; extremes meet; all truths are but half-truths; all
paradoxes may be reconciled.”–
The Kybalion.
Hey, you know, Negativity gets a really bad reputation these days. Negativity is a tool, not something to be repressed and shunned. (oops, I posted it by accident again!). Let me give you an example of what I’m talking about. So You can help someone, Right? And it is helpful?
Not always. In doing that one can rob someone of the knowledge and experience of doing it. Or even make then dependant on you. It really is rather fascinating. have a look at this video. It’s from a video game I played when I was a kid. Anyway, it explains what I’m trying to say very well. https://www.youtube.com/watch?v=hzLEBtObYxU
It’s funny, that one. If you help them, they berate you for it. And Vice versa.
The same goes for negativity. You can actually help someone by say, insulting them, or something like that. Alot of people go on about non-dualistic perspective, and how that have it, but they really haven’t got a clue.
I have no clue, and I’m ok with that. How about you? Anyway, Let me use another video game example. There is a game called Jade Empire. It Has 2 main philosophies, The Way of the Open Palm, And the Closed Fist.
The first, is helping people, maintaining harmony with nature and all of that. The usual drill. But as I said, that isn’t always helpful.
The Other, The Closed Fist, Is The interesting one. Naturally, in the actual game it isn’t anything like this, but the actual philosophy is very sound. It isn’t bad. Let me explain. One of this philosophy does not refuse to help someone because they enjoy watching them suffer or anything like that, but Rather, Because they want them to Conquer it by themselves and become stronger from it.
Rather than rob them of their strength by helping them. Ok, I think I’ve almost finished explaining. I hope this helps you understand something.

One thought on “Explaining Duality.”